Warning: "continue" targeting switch is equivalent to "break". Did you mean to use "continue 2"? in /homepages/29/d74006793/htdocs/blog/wp-content/plugins/seo-ultimate/modules/class.su-module.php on line 1190
 The International Cuisine in Tokyo
Skip to content 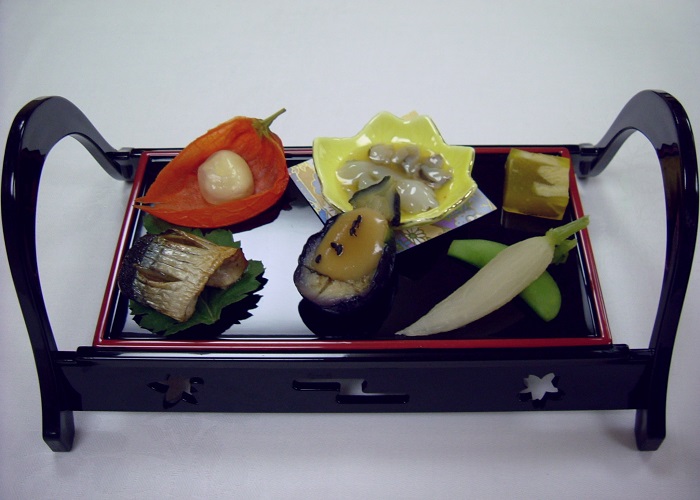 We all heard of Tempura , Domburimono and delicious Okonomiyaki which are typical Japanese cuisine. But international cuisine found its way into the big Japanese cities like Tokyo, transferred and adapted itself to suite the Japanese taste making the best from the local ingredients.

There are few variations of bread born in Tokyo: 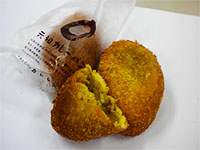 Oval-shaped dough filled with curry, battered in breadcrumbs and baked. It was created by “Meikado” (now “Katorea”) in Morishita, Koto City and even to this day you can enjoy its original recipe there. 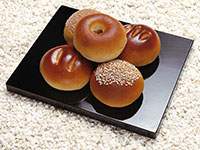 Round and filled with anko (sweet red bean paste), an-pan was invented by Ginza’s “Kimuraya” and remains the store’s most popular item until today (together with its variation, sakura an-pan spiced with salt-pickled cherry blossoms).

A typical USA meal – Hamburger – found its way into Japanese food culture and there are several unique variations: 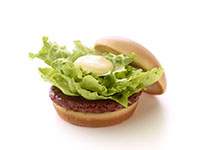 The Teriyaki Burger’s sweet and savory taste comes from the combination of miso and soy sauce. It is also complemented by the smooth texture of mayonnaise and the crunchy texture of fresh lettuce. 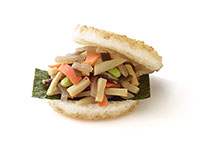 Rice burger uses a bun made of rice, an evolution of Japan’s much loved concept of onigiri (rice-balls). It was first introduced in 1987 and the MOS BURGER replaces the patty with signature Japanese tastes such as kimpira (thinly chopped vegetables) or seafood kaki-age (deep-fried battered seafood and vegetables).

Except American food the Italian found its way to Japanese food culture: 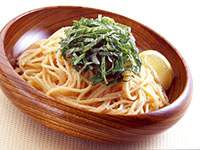 The combination of cod roe and pasta is a perfect example of the evolution of non-traditional food in Japan. Tarako spaghetti blends the familiar taste of pasta with salt, pepper, lemon and butter and another Japanese staple, finely cut nori seaweed or shiso. 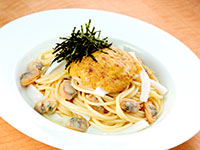 Natto spaghetti is also a good example of Japanese fusion pasta. This spaghetti dish uses natto (a traditional Japanese food made of fermented soy beans) as its main ingredient.

One of the unusual international dishes in Tokyo is a Matcha Ice: 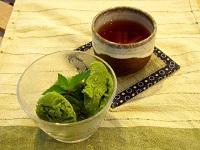 It is not clear who came up with the idea of combining matcha green tea and ice-cream but the result, paying tribute to Japan’s tradition (matcha is the green tea used in the tea ceremony) has become one of Japan’s most loved ice-cream flavors. Long-standing “Cha no Ikedaya” in Shinjuku Station’s west entrance is one of the places you can try a matcha soft serve (in Japanese: matcha soft-cream) balancing the astringency of matcha with the sweetness of cream at a reasonable price.

Taste Tokyo food with Magical Japan an tour operator located in UK and specialising in tours to Japan for over a decade. Please call us on our UK phone number  0161 440 7332 or our dedicated phone number to USA 1-213-325-2627 Alternatively you can email us on enquiry@magicaljapan.co.uk